Lori Barzvi : Inspiration in Her Sole

I thought we’d try something new this month. I love hearing stories from inventors about how they got their products to market. As someone who speaks to inventors all the time, I’ve heard some great, inspirational stories that include tips and tricks we can use with our own products.

One of those inventors is Lori Barzvi. Like so many inventors, she came up with a solution to her own problem. But her inventing journey took place over a number of years and involved a sea of highs and lows. Her tremendous entrepreneurial will and determination is strongly linked to a family tragedy.

On September 10, 2001, her brother, Guy—29 years old and making a six-figure salary at Cantor Fitzgerald in the World Trade Center—told her he was unhappy with his job. He was working 16-hour days, including a long commute, and felt he had no work-life balance. He wanted to do something more entrepreneurial.

He died the next day in the 9/11 attacks. To this day, she embodies the notion of loving what you do for a living and never giving up. That has made her product, My Solemate, the Amazon Top Seller it is today.

It was 2008, and Barzvi was a salsa dancer who owned a Latin and ballroom dance studio in New York City. Her feet were always dry from dancing.

“Every day in the shower, I’d use a pumice stone and soap,” she recalls. “I’d pick the soap up, use it and put it down and pick up the pumice stone. And I’d alternate that routine over and over every day.

“Then one day, I’m in the shower with a small piece of soap left over and I squashed it onto the pumice stone and used them together. It was definitely easier, but I didn’t think much of it. The soap stayed on the stone for the next few days, and that’s when the lightning bolt hit me: ‘Hey, if combining these two products makes my experience so much better, I can’t be the only one.’”

Having come up with a simple, commonsense solution to a problem, she took the next logical step. (No pun intended.)

But Barzvi didn’t know how to develop a product or get it to market. “So I started asking everyone I knew,” she says—while keeping her eyes wide open.

“I had worked in direct marketing, so I called my old boss and shared the idea with him and he put me in touch with an Infomercial company. The infomercial company put me in touch with a manufacturer they knew in China. I sent them my hand-drawn idea of what I was looking for and over the course of the next year, we developed the product through a series of back-and-forth emails. Literally, it was all done over email.

“The infomercial company was showing me these incredible projections, and I was really excited. I spent a lot of money with them to develop a commercial, but in the end they produced a pretty bad commercial and I felt scammed because I knew that I just gotten swept up into the excitement of the projections they showed me where I would make millions. I severed ties with them pretty soon after that.”

Though this learning exercise proved expensive, the company did help her find her first manufacturer. “In 2008, I’m not sure I could have done that without them,” she says. “At that point, I worked with that manufacturer to bring in a few thousand units and started selling on my own website.”

Falling and getting back up

Remaining aggressive and with a nothing-ventured,-nothing-gained approach, Barzvi sent a sample to “Good Morning America” for review for a segment the show was doing on infomercial products.

The end of an inspiring inventing story, right? Not quite. She soon learned the hard way about the difficulties of maintaining ongoing sales traffic.

“I thought I was set, but a couple of days after the GMA segment aired my sales went back to next to nothing. Literally nothing. And I was devastated.”

New hope emerged soon after when Barzvi was contacted by Time Life, which was looking to get into direct response television with tangible products.

“Someone at the company had seen My Solemate on GMA and thought it was the perfect product to launch their product line with. Time Life was a huge company, so I was reinvigorated. I licensed the product to them, and we did another infomercial. They put 100k into infomercials and another 100k into media.”

Little did she know that another dance with disappointment loomed.

“I was due to receive a 5 percent royalty, but they saw pretty quickly that it just wasn’t hitting the numbers they needed to be successful. When they called to give me the news that they were backing out and that the product rights would revert back to me, I was devastated. I knew that to be successful, I would have to start knocking on doors of places like Bed Bath & Beyond, and I just didn’t want to do that.

“I was exhausted. I needed a break from it. I called my warehouse that still had a couple of thousand pieces left and told them to destroy the product so I didn’t have to keep paying them storage fees.”

The pause that refreshed

In retrospect, the break gave Barzvi time to step back and re-energize, to look at her invention from a fresh perspective. She had put her project on the shelf for nearly four years and was back in Direct Marketing in 2014, when she saw another possible option that jibed with her long-term business goals.

“I saw a Facebook post about selling on Amazon. I had never even bought anything on Amazon, but I was intrigued. I wanted to do something entrepreneurial, so I took a course on selling on Amazon by buying products at off-price stores like TJ Maxx and Marshalls, and selling them on Amazon for more than I paid.

“That became old really fast. I was selling things like lighters and other crazy stuff, and it was more trouble than it was worth. But I started learning the Amazon platform. And a few months later, it hit me: Why not try selling My Solemate on Amazon?”

She took a chance and called the warehouse that was supposed to have destroyed all of her product. Fortunately, that never happened.

“I bought the remaining inventory back from them. I employed all of my Amazon knowledge and tips and tricks I picked up in the course and while selling, and just a few weeks later became an Amazon Best Seller.”

Barzvi highly recommends selling on Amazon as a path to get a product to market, compared to licensing.

“If you want to control your own brand and develop product lines, Amazon is a great path,” she says. “I’ve even started consulting other brands, helping them crack the Amazon code. …

“But I don’t think of Amazon and licensing as being one or the other necessarily. Amazon’s a great way to prove the market. You can succeed as your own brand or you can prove the market by showing demand—and then you can license it and potentially get a better licensing deal because you’ve de-risked the market for potential licensees.” 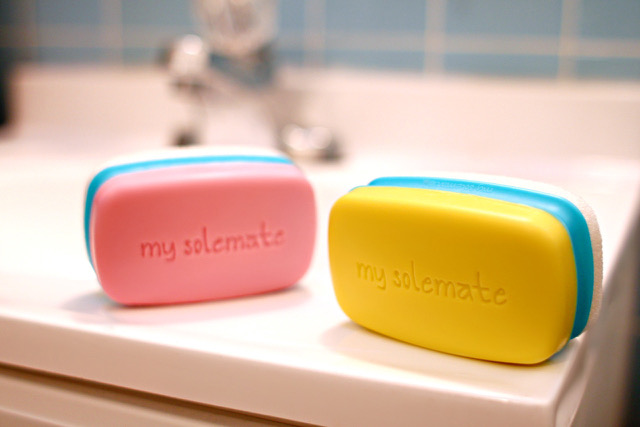 Currently she’s working on more products that she plans to license into different categories.

“I’ve gotten to know myself very well throughout this process, and I know what I’m good at and what I’m not as good at,” she says.

“I love creating, so rather than try to do everything by myself again, I’d rather create a bunch of different products and license them to other companies so I can move on to the next product.”

Stay In The Loop!

Be kept up to date on the latest products, promotions and news.